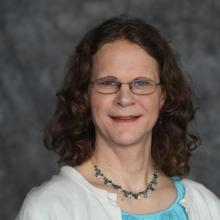 Bio
Elizabeth was from Seattle a long long time ago, and would build the Big White Mountain on her jungle gym every time it snowed. Quick, before it all melted! She loved math and science and How Things Work, and always knew she would be a scientist when she grew up. Since then she did many growing-up things like finishing grad school with a dance career in-between; but somehow missed the science mark and ended up in quantitative finance instead. Still, she always knew she needed to be a scientist when she grew up.

So in 2011, Elizabeth grew up and became a scientist! Entranced by the eloquent speech of Gavin Schmidt (NASA/GISS), she realized that RIGHT NOW, TODAY is the time for Earth Science, as our planet changes radically before our eyes. GISS was hiring in Cryosphere that week, so that's how she dove in to this rapidly evolving field. In 2012 she learned a little bit about glaciers in McCarthy Alaska, before spending the next 8 years coupling PISM to the GISS ModelE GCM. In that time she got a lot of practice compiling software and writing Pythonic code; in addition to wrangling Fortran/C++/MPI codes, of course.

Elizabeth emerged from her model development cave in 2020 with an energy-conserving coupling of PISM to ModelE, ready to take on new glacier challenges at UAF. Her current work on parameterizations for ice/ocean interactions of tidewater glaciers promises to improve our understanding of how these glaciers respond to climate change, as well as improve both regional and global climate models.

Personal Interests
Elizabeth loves to dance. Most recently, she has studied Chinese Classical and Folk Dance in New York City. She is looking forward to participating in the diverse dance community in Alaska, whoever that might be and wherever it might lead. Maybe even Capoeira! She also likes to play classical music, get around town on her e-bike, take care of her dog, and spend time with her family in the Lower 48. She hopes to pick up X-country skiing in Alaska.

Investment Advice
Quantitative finance requires large amounts of expensive data and a lot of work. If you don't have that kind of time and money to invest in the process, and the scale to make it all worthwhile, then you are merely throwing darts at a dart board. So save yourself the effort, put your money in passively managed funds, and fuggetaboutit.